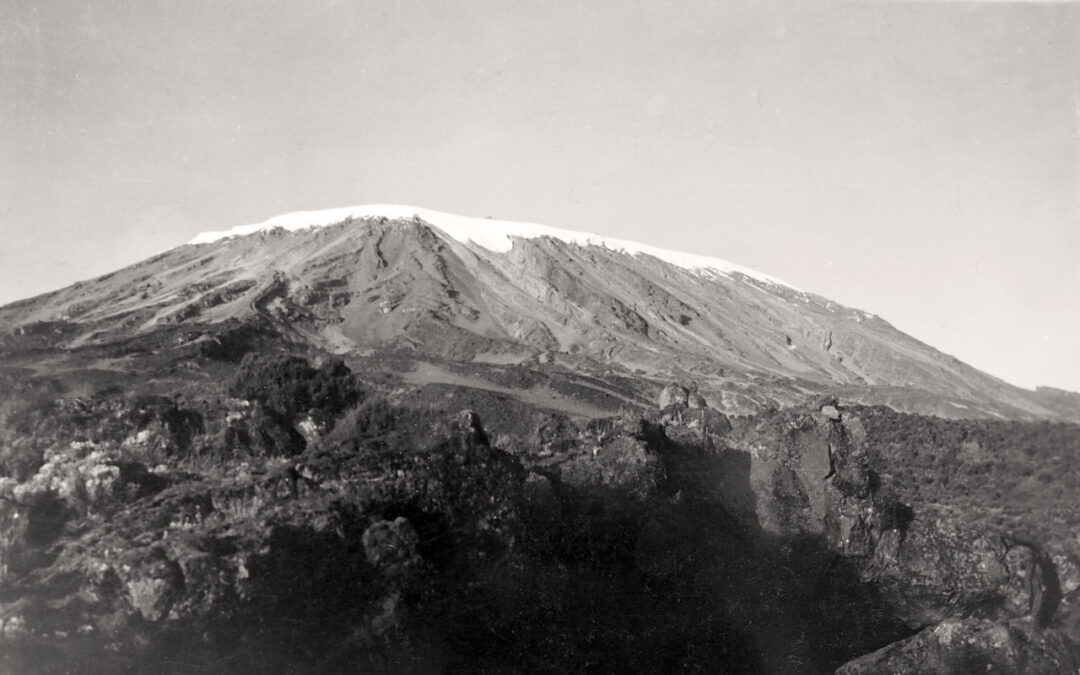 One task we gave to each of our four children was to climb Mt Kenya up to Point Lenana, the third highest peak at 16,355 feet above sea level. It didn’t require any technical climbing skills, but it was a tremendous challenge to reach the top.  We struggled up a day or more of steep hiking to get to a hut at the base of the peak. Then we woke up at 2 am and battled a fierce wind up a slithery scree and ice. Our feet tingled with cold and our fingers went numb. But on reaching the top, we had an amazing view and a deserved feeling of accomplishment.  Each of my children learned the foundational lesson that if you keep moving forward, step by step, you can reach your goal, no matter how high and lofty.

As I said in a previous post, I didn’t receive 12 Tasks from my parents when I was growing up. But many students at our boarding school in Kenya, Rift Valley Academy, climbed Mt Kilimanjaro in Tanzania sometime during their senior year of high school. It wasn’t quite a rite of passage, but it seemed to be a fitting way to end our years in Africa by scaling Africa’s highest peak.

Usually, these mountaineering treks took place during the December school vacation. It was the best time weatherwise to climb the mountain, with fewer chances of rain or snow. In December 1973 my friend Mike Adkins and his dad planned a trip up Mt Kenya and invited me to join them and others from our class. Tim Cook, Tim Schlehr, Murray Cornelius, Mike Adkins and I piled into the Adkins’ Peugeot 404 station wagon and set off for Loitokitok a few days after Christmas. We were going to climb the shorter but steeper route from the Kenya side.

The first day we hiked through forests and crossed crystal-clear mountain streams before spending the night in a cave partway up the mountain. The second day we hurried up to the Outward Bound hut at over 15,000 feet. No one had warned us about altitude sickness if you climbed too fast! Soon after we reached the wooden hut in the afternoon, I experienced a pounding headache.  We tried to boil some hot water for tea and soup, managing a tepid brew and a soup of undissolved Knorr soup powder.  We tried to keep warm in our sleeping bags, but the cold wind penetrated through the cracks in the floor and none of us slept well.

The date was December 31st and we crossed into the New Year shivering in our sleeping bags. At about 2 am our guide woke us up for our ascent through the scree. We didn’t have proper climbing boots or warm woolen socks. Someone had told us that if we put plastic bags over our socks and then used rubber bands to make a seal around our shins, our feet would stay warm. They were wrong. Soon I couldn’t feel my toes!  I had to keep banging on them with my walking stick. Then it seemed like my feet were going to sleep because of the rubber bands. I finally pulled off the rubber bands and the plastic bags.

As I plodded up the mountain, I began to feel nauseated.  As we crunched our way up the zigzag trail through the volcanic scree, I threw up 17 times. After the first couple of heaves, I had nothing left in my gut. I carried on. The others didn’t experience the same stomach issues. I later learned this is a symptom of altitude sickness because there is not enough oxygen in the air to allow the stomach to digest food properly. One of our party had to turn back and one guide escorted him down to the Outward Bound hut. I desperately wanted to join them. But then I remembered that a group of girls from our class had made the climb just the week before. If those girls made it to the top, I had to make it! With that image in my mind of those girls forging their way to the top of Kilimanjaro, I pushed on, stopping periodically behind rocks to retch with rhythmic dry heaves.

We reached the crater rim at Gilman’s Point (18,885 feet) just as the sun was rising on the eastern horizon. The jagged lower peak of Mawenzi stood in stark silhouette to the orange-yellow sun. There was a cache with a book for signing our names. One of us had a pen, but the ink was frozen. We failed to write our names in the book. No one had a working camera. Someone suggested we continue hiking on the crater rim for another hour to reach Uhuru Point, the highest spot on Mt Kilimanjaro at 19,340 feet.  However, most of us felt so cold and sick that we decided to descend right away. Taking one last look at the amazing panoramic view from the top of Africa, we headed down, scree-skidding straight through the zigzag trail. Every giant step and slide brought us lower. The pounding in my head eased, my stomach calmed down and soon we had reached the Outward Bound hut for a quick cup of lukewarm tea. We ran all the way down to the AIM mission station at Loitokitok, arriving by noon that same day. We enjoyed a hot shower and drove back to Nairobi that afternoon.

Back at school we compared our climbing experience with others who had also hiked up ‘Kili’ during December vacation. Not everyone had made it. It became a badge of honor to have made the climb. And I often looked back at the climb as an example that I could push through a difficult situation and reach the other side.

So when my wife, Kym, and I came up with our first set of 12 Tasks for our son Heath, climbing a mountain was a task that I suggested. The Tanzania government had closed the Kenya route up Mt Kilimanjaro, forcing all climbers to go through their national park. The cost was out of reach for us, so we chose to put Mt Kenya on Heath’s list. I’d never climbed Mt Kenya, but we knew it was also a rugged climb and altitude sickness was also a hazard, even in reaching Point Lenana.

I hadn’t thought ahead that I’d have to climb Mt Kenya four times to help my four children accomplish this task, but each of my children persevered and made it to the top, with me going along as a cheer leader.

Not everyone has a Mt Kenya or a Mt Kilimanjaro nearby when they do 12 Tasks. But I do recommend that a mountain climb of some kind is included in your list of 12 Tasks. Keep climbing!

No comments to show.